Not everyone is built to be a Military Family!

Last time I left off at the story as the phone rang and we had received our first load of household goods.

I picked up the phone.

The female voice identified herself as my husband’s Department of the Army assignments officers. I thought, this is odd, why would she be calling. I told her he had just left and asked if I could take a message.

She informed me that he would be receiving a change to his orders and be stationed in Kentucky. I just stared out my new front door. Stunned but not totally surprised. I realized she was still talking when I had checked out.

I said, “Ma’am, we just bought a house here near Fort Rucker.”

She said it didn’t matter they would be changing his orders and that she was very sorry. She was sorry?!

I wasn’t sure what we were going to do. She was still talking, and I checked back in again. I told her thank you for calling but I needed to go the movers had just arrived.

“Excuse me?” Now it was her turn to be taken off guard.

“Yes, the movers are here with our second load of household goods.”

There was a long pause, then she said “Tell him to disregard the change in orders. Once your household goods have arrived in your home, we must leave you in place for a year. Thank you for your time. Goodbye.” Click.

Is that all it took? Our stuff had arrived. I was never so grateful to see boxes and boxes of glorious stuff that kept us grounded in one place. Then I realized it was only a reprieve not a total cancellation of what could happen in a year.

That was one phone call. One moment of extreme stress. Military members are faced with separation, worry for your soldier, and their worry for the family back home, stressful work environments, physical and mental requirements to perform. They also carry all the duties of a typical family with finances, childcare, activities, and so much more.

They often work long hours. They have no say in how long they will be at work, while their family wonders if they should hold dinner or go on without them one more time. Children and spouses feel stress. It is almost normal to be on high alert.

We know that is not how God created families.

The stress of deployments often brings back soldiers who are vastly different from when they departed. The unit says they will be gone six months that turn into nine or maybe longer. The unknown and uncertainty weigh heavy on the military member and all those who love them.

It is hard to explain to a four-year old why Daddy can’t come home to play with them before bed. This sounds rough because it is.

You say, the military member has chosen this life. That is true, but their children never had a choice. No one knows the difficulty of all the sacrifices, big and small, before they swear an oath to protect our country.

But in the end, the end of the day, the end of their careers, most military members, their spouses and children would say. . . . “Hooah! We would do it all over again.”

This military lifestyle is only truly understood by those who have experienced it. It is one of the greatest opportunities to live free, to live as an American patriot, to live with an amazing global view. These families know what honor, trust, sacrifice, patriotism, and freedom cost.

Not just for today do you have my gratitude, but every day I wake up in this free country! You are not forgotten.

God has his hand on each of you. Your part matters. God has designed you uniquely for the task you have been given. Not everyone is built to be a Military Family!

Thanks for my own military member husband, our military brats, my dad, brother, uncle, grandfather, brothers-in-law, son-in-law for all your sacrifices. 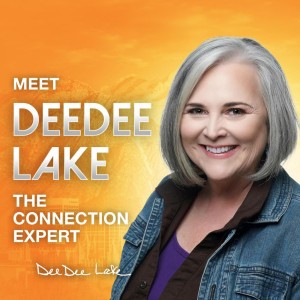 Goodreads reviews for Next Step. You've Accepted Jesus ... Now What?